We just finished up our triangle congruence proofs and were moving on to exploring the pythagorean theorem and special right triangles. I noticed that my students heavily relay on their calculators for EVERYTHING, so I decided to include a lesson that explored roots (which I realized they never learned?) and simplifying radicals.

I started the class by giving students a root exploration activity created by Julie Reulbach. I told my students that they could work with a partner and each at least one person needed a graphing calculator. This activity explored the relationships between squauring and taking the square root, and cubing and taking the cubbed root of a number. When my students first saw a cubed root I was asked “Do we multiple 3 by the square root of 5?” It did not occur to be that this was the first time that they ever saw a cubbed root. They worked through the activity and then we discussed the answers. 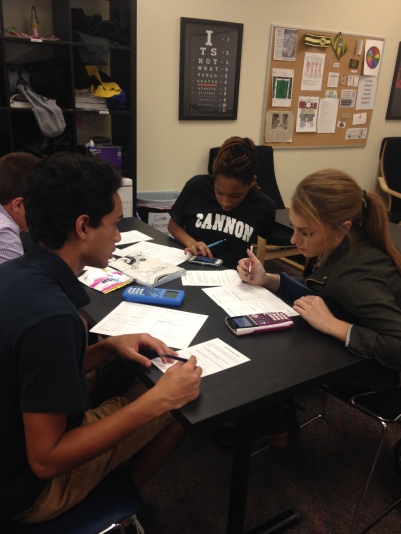 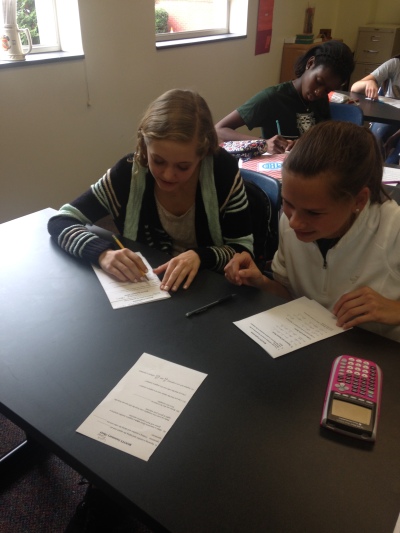 Next, I told my students to get one whiteboard and one marker for each group of 2. I told them today they were going to learn how to break out of radical jail.  I started out by putting the square root of nine and asking them how they knew it was 3. They told me because 3 times 3 was 9. I then gave them the square root of 8 and asked how we could put this is simpliest form without using a calculator. My students knew that we had to use prime factorization!

I told my students to think of the radical symbol as a jail cell and anything inside the radial is in jail. When we are simplifying radials we want to them escape radial jail. When we are helping them escape we use prime factorization to break up the inmates into prime people. I had my students circle every prime person. We talked about how a prime person could NEVER escape radical jail alone. The index tells the students how difficult it is to break out of the jail and how many prime people there need to be escape. When we were taking the square root I told my students that they need two prime people who are the exact same in order to escape radical jail. I had students put a box around the groups of two. If a prime person didnt have a partner in crime then they were stuck in jail. If they did have a person only one of them made it out alive but they needed each other to make it out of jail. 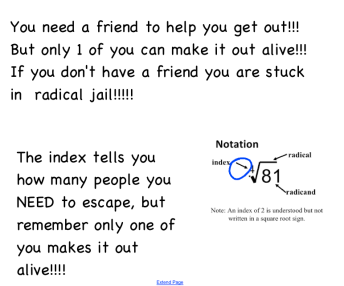 My students loved this! I put problems up on the board and told them to help them get out of radical jail! I had them work with the person next to  them on their whiteboard. I love only giving each group one marker. It makes sure that they are talking about how to figure out the answer and not just working indivually. 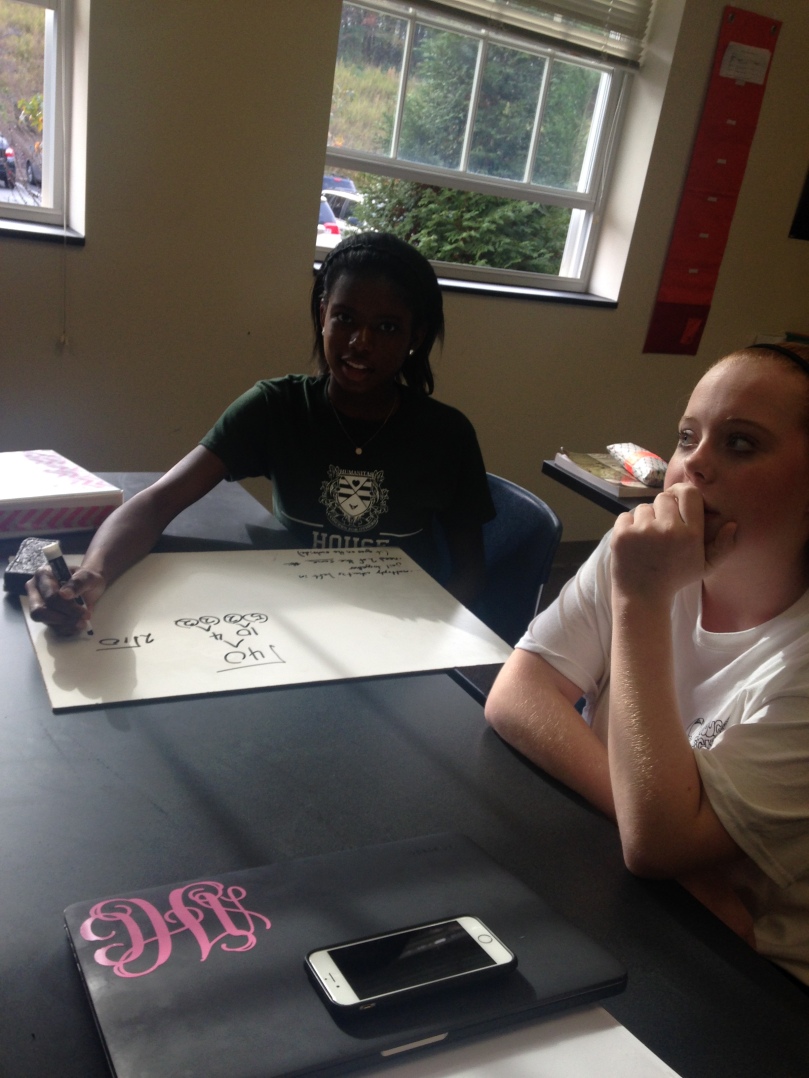 I used this lesson to lead into using the pythagorean theorem to find the relationships between the sides of special right triangles! Overall, it was a pretty fun and successful lesson! Let me know if you have any questions about escaping radical jail!